The Provincial Council of Almeria, through the Provincial Film Office “Filming Almería”, launched in April a new edition of the guided film tours under the coordination of the film and location expert, Juan Enrique Pérez Miranda.

Two tours were made: 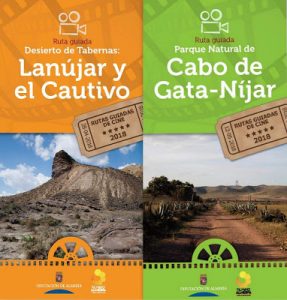 “Guided film tour through the Tabernas Desert: Lanújar and el Cautivo” that covers the film locations for mythical movies and TV series such as ‘Lawrence of Arabia’, ‘Cleopatra’ or ‘For a Few Dollars More’, and more up-to-date ones such as ‘Penny Dreadful’, ‘Assassin’s Creed’, ‘Black Mirror’ or ‘Mar de Plástico’.

“Guided film tour through the Natural Park of Cabo de Gata-Níjar” in which participants had the opportunity to enjoy the shooting locations of, among others, ‘A Fistful of Dollars’, ‘For a Few Dollars More’, ‘The Good, the Bad and the Ugly’, ‘Patton’, ‘The Wind and the Lion’, ‘Indiana Jones’ or ‘Exodus: Gods and Kings’.

The event was an attendance success.