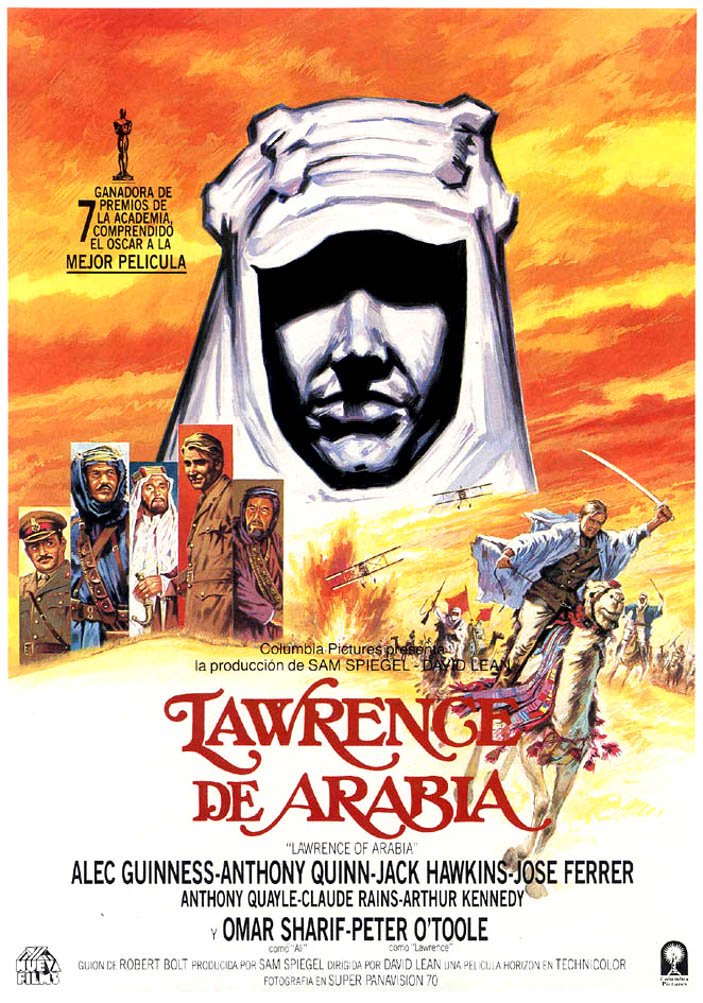 Cairo, 1917. During the Great War, the conflictive and enigmatic British officer T.E. Lawrence (Peter O’Toole) is sent to the desert to participate in a campaign to support the Arabs against Turkey. Together with his friend Sherif Ali (Omar Sharif) he commits himself to this mission. The natives adore him because he has proven to be a lover of the desert and the Arab people. Meanwhile, his British superiors believe he has gone mad. When Lawrence’s plans become successful, his dream of an independent Arabia will fail. 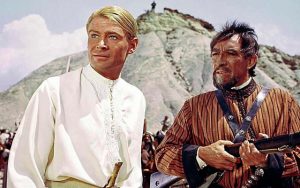 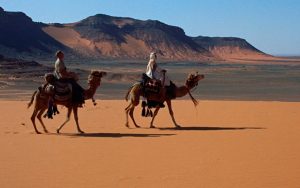 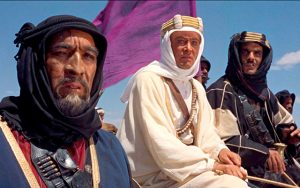 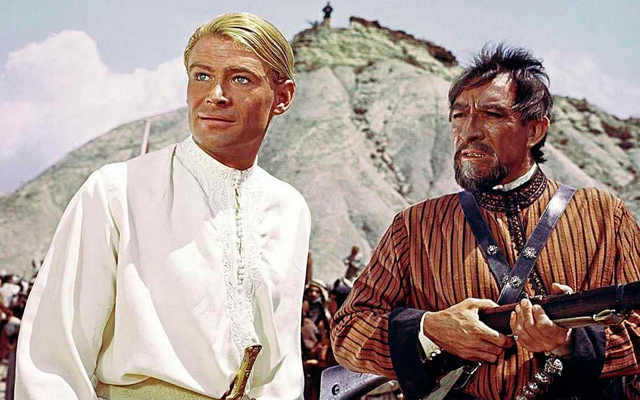 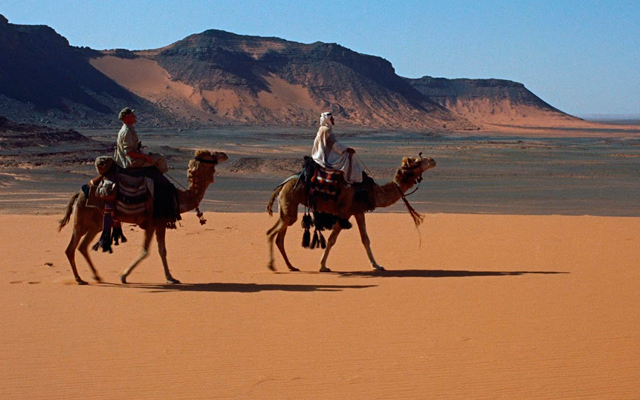 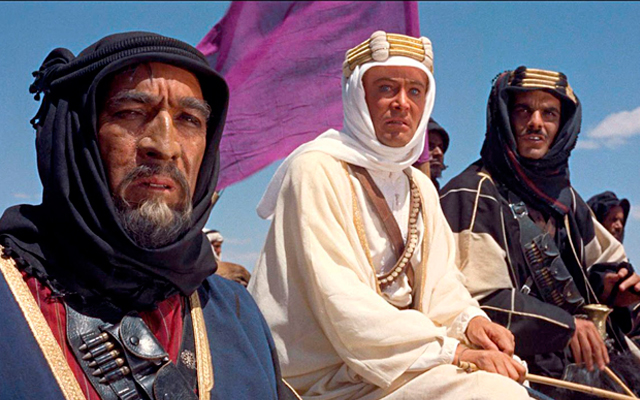 ❮ ❯
Locations
Anecdotes
In Carboneras, a village of Almería that has been used as a set for several shootings, you can find Hotel El Dorado, a beautiful place built by the deceased Scottish locator Eddie Fowlie.  After the shooting of 'Lawrence of Arabia', Fowlie, considered as David Lean’s right-hand man, decided to live in Almería and opened this hotel. In the inside, you can find numerous pictures and props from some of the movies he worked in. In addition, the main gate of the hotel was used in the film 'Nicholas and Alexandra'.
At the Rambla 'El Cautivo' in Tabernas, an oasis was built with trees and big palm trees brought from Alicante. This place still exists and, ever since, it has been frequently used by many production companies for outdoor shooting. The constructor of the oasis was the producer Eddie Fowlie, who fell in love with Almería to such a breadth that he settled there for good. Until his death in 2014, Fowlie was the owner of Hotel El Dorado, in Carboneras.
In the scene in which General Allenby enters Damascus (Plaza de España in Seville), there were more than 2,000 people, many of which were Romanies who signed up as extras to play Arabs.
‘Lawrence of Arabia’ was the first shooting of a great magnitude that was carried out in Almería. A total of 1,000 extras, 750 horses and 159 camels brought from the Spanish Sahara were involved in the film. The technical crew was comprised of around 400 people, 250 of which were Spanish, and the artistic crew were more than 150 people.
The shooting in Seville started on 18 December 1961 and went on for three months. It continued in Almería, where the shooting commenced on 21 March 1961 and ended three months and a half later, on 7 July.
The first day of shooting in Almería, in a pass near Tabernas, a sudden storm caused a flood which nearly destroyed the shooting set, inundated David Lean’s caravan and forced many actors and extras to run uphill.
During the shooting in Casa Pilatos, a wire got tangled up one of the ancient Roman statues that filled the building from 1516 and the statue lost her head. The Duchess of Medinaceli, owner of the house, minimised the mishap and stated that “it was only Roman”.
During the shooting in the dunes of Cabo de Gata, around 30 horsemen had to cross them riding the corresponding number of sorrel horses. However, while the scene was being shot, the director and the crew witnessed how the horsemen went past the hill and disappeared. They are still waiting for them to come back…
During the shooting in Nicolás Salmerón Park, the director of the second unit, Noel Howard (the director David Lean had already left the shooting), suffered an accident. The camera crane that captured the arrival of the tramway had to be removed so the latter could pass underneath, but there was not enough time and it was hit by the vehicle. As a consequence of the crash, Howard sustained a severe 6-inch injury on his right thigh.
Almost as famous as the shooting were the night binges that, nearly every day, involved the leading actors, Peter O’Toole and Omar Sharif. Some of these parties lasted up to four days or ended when O’Toole lost consciousness.
Since the hundreds of extras hired were not sufficiently motivated for the scene in Plaza de España in which they had to acclaim Lawrence of Arabia, the director, David Lean, suggested telling them to applaud him as if he were Charles Dickens. But since nobody knew him, the extras coordinator motivated them by telling them to cheer for him as if he were the bullfighter Antonio Ordóñez. It actually worked.
For the complicated scene of the train explosion, shot in the dunes of Cabo de Gata, a 1-mile railway stretch was built, and more than 60 workers prepared the terrain on which such railway was built. Additionally, they built a special road going through Cabo de Gata. The production company bought from the Spanish train network RENFE two full trains from Almería, Alhama and Santa Fe, which were dismantled and taken to the set by lorries. 10 pounds of vertical explosives, in addition to 10 pounds of black gunpowder, were used. The engine driver set the engine at full speed and jumped out of the train seconds before the explosion. The scene was captured by seven cameras and witnessed by TVE and BBC teams, as well as journalists from various countries who had travelled to Almería to report on the event. Before this, the crew had blasted another 14-coach train containing horses and extras playing Turkish riflemen perched on the roofs of the carriages.