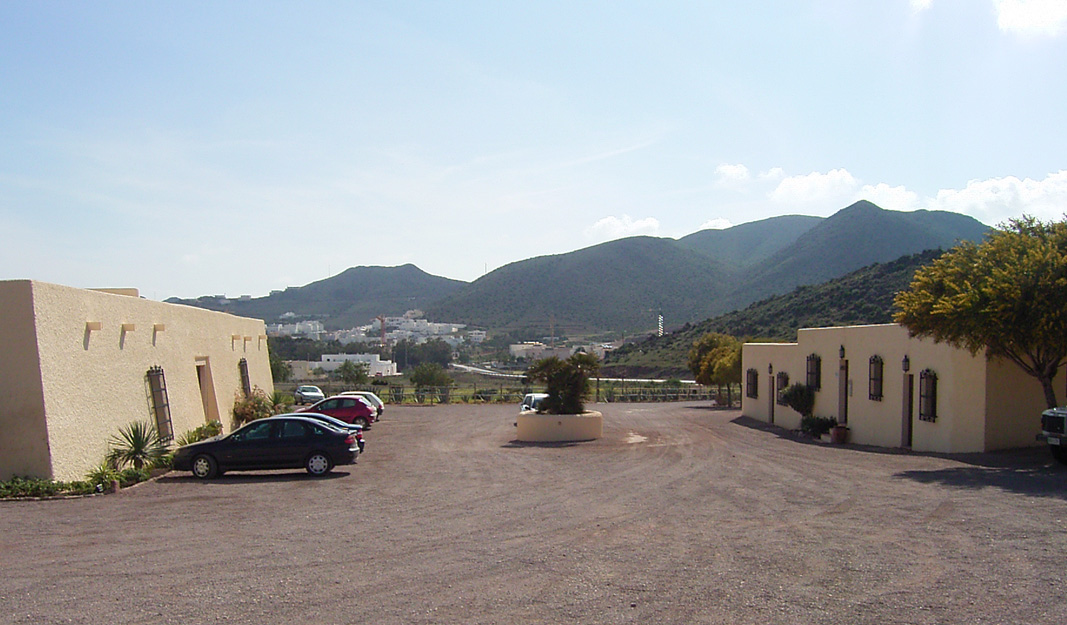 The Cortijo El Sotillo is a four-star hotel which offers numerous activities to visitors. It belongs to the family of Francisca Díaz Torres (1911-2014), better known as Doña Pakyta, owner of the property named Finca El Romeral and a key player in the preservation of the Nature Reserve of Cabo de Gata – Níjar.

The Cortijo was the main film location of Almería in ‘A fistful of dollars’. It appears in the first sequence of the film. The “Man with no name”, Clint Eastwood, wanders around a waste land until he stops by a well to drink some water. In front of him, a child appears as he leaves one dwelling and heads to the one that is opposite. The little kid is desperately looking for his mother. Two nasty-looking gunmen repel the boy by shooting at the ground very close to him. The boy’s father goes out to get his son and is humiliated and beaten by the two gunmen. A woman, Marisol (Marianne Koch), watches the scene with suffering and helplessness. With her eyes, she seems to ask the “Man with no name” for help, but he remains impassive as he gazes at the scene. The kid and the father go back to their house and the gunmen return to the mother whom they held captive.

The Cortijo El Sotillo property appearing in ‘A fistful of dollars’ remains unaltered nowadays. Its vicinity has changed indeed, since there are currently many more buildings which were erected after 1964.