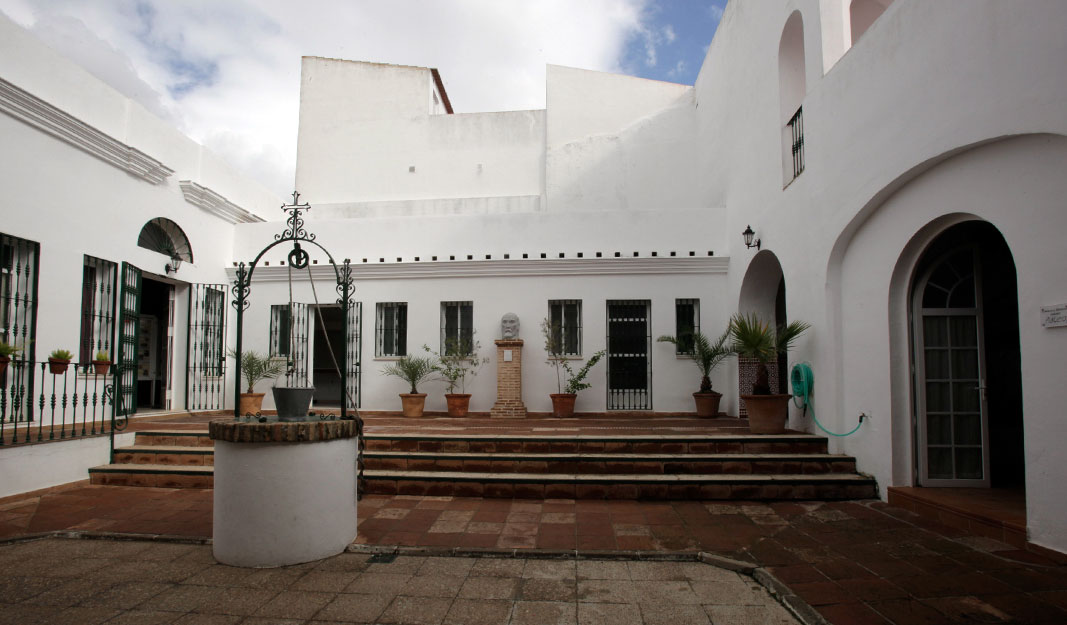 Moguer is in the southwestern part of the Iberian Peninsula, in the so-called Tierra Llana (“Flatland”) of the province of Huelva. On the north it is bounded by the Río Tinto, the municipalities of Huelva, Niebla and San Juan del Puerto; on the south by the Atlantic Ocean and Palos de la Frontera; on the west by the Río Tinto and Palos de la Frontera; and on the east by Almonte and Lucena del Puerto.

In ‘La luz con el tiempo dentro‘, which narrates the life of the Huelva poet Juan Ramón Jiménez, the House-Museum of the Nobel Prize for Literature of Moguer, as well as his birthplace, the surroundings of Fuentepiña, appears.