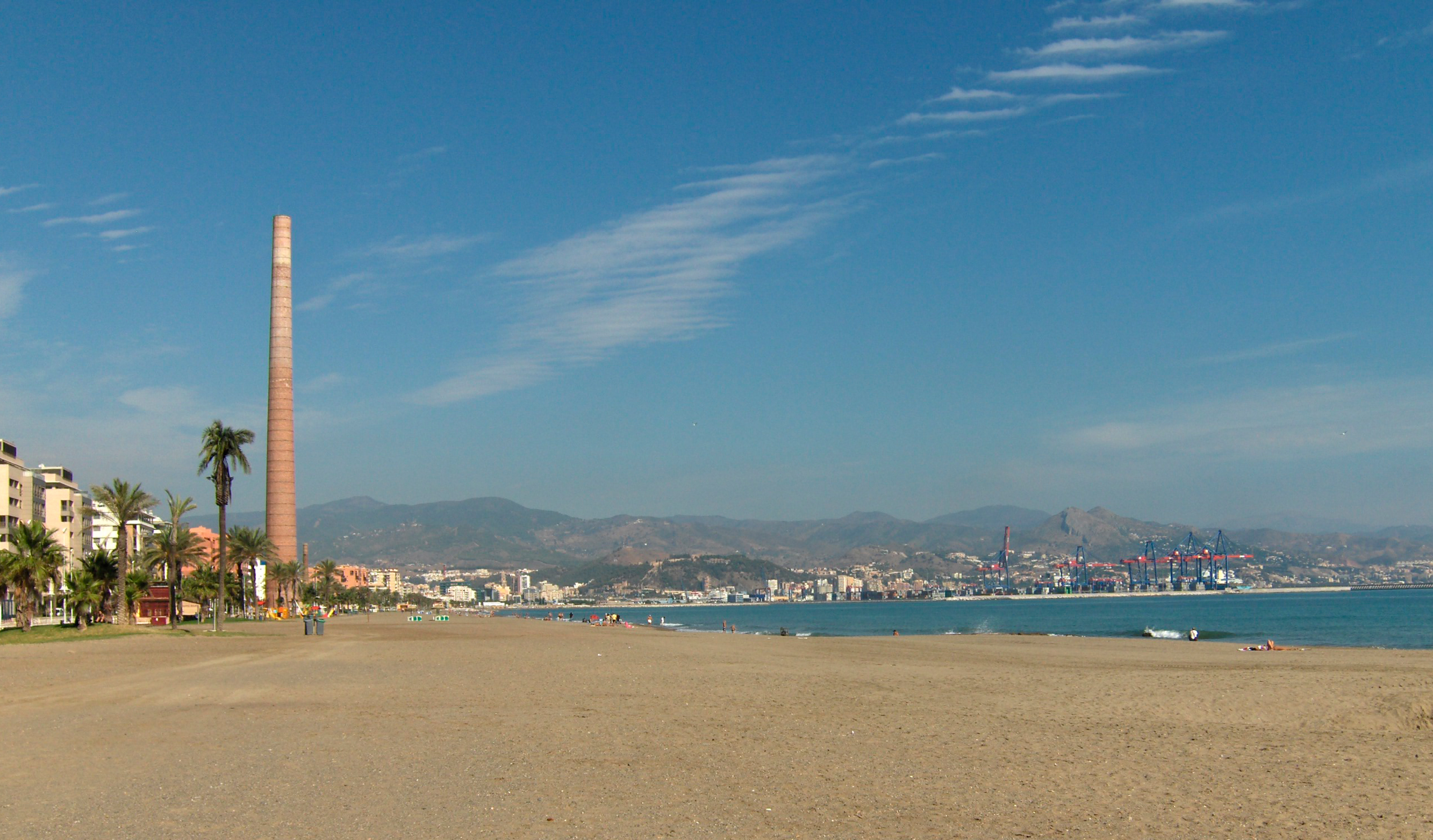 With nearly 2 kilometres long, it is one of the most popular beaches in the city. It was named after the construction of a hospital called Casa de la Misericordia at the beginning of the XXth century and along its promenade still remain some chimneys, proof of the industrialization of Malaga during the XIXth century.

At this beach took place the last shooting days of ‘Rey Gitano‘ (Juanma Bajo Ulloa, 2015). Specifically, at a beach bar made of wood and painted in blue, where the final scene was shot.