Reed Morano emphasizes that “shooting in Cádiz has been a full creative experience. On a visual level, it is one of the most wonderful and powerful places I know. Its people, its light and its architecture create a truly unique background and atmosphere for our history. ”

Morano is working on a saga based on Mark Burnell’s novels. Its protagonist, Stephanie Patrick, is immersed in a spiral of self-destruction after the death of her family in a plane crash, a flight in which she should also have been on board. After discovering that the incident was not an accident, Stephanie poses as an assassin with only one objective: to get to the bottom of this matter and discover the culprits. 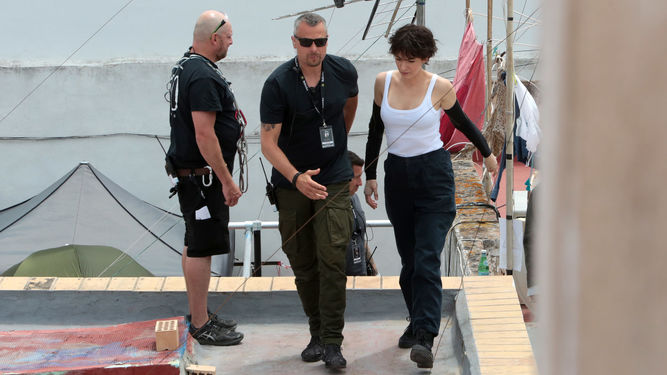 Denise O’Dell, the head of the Spanish production team, highlights the work done by the Andalusian Film Commission, which is “always very efficient, friendly and effective when it comes to assisting production companies. There are many qualified local technicians working now throughout Spain and many technical services implemented in Andalusia. «The experience in Andalusia of the Babieka’s executive producer goes back to the 60s and since then has maintained a close relationship with the region.

Executive producer Bárbara Broccoli adds that they “love working in Spain because there is a brilliant film industry with a long and excellent cinematographic tradition. The country has a great variety of locations and the people are very welcoming. “