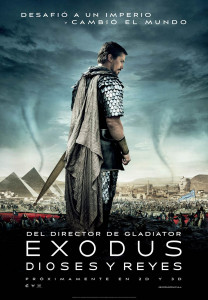 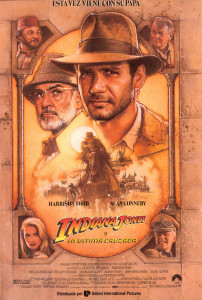 In ‘Exodus‘, the old gold mines of Rodalquilar were used to set two main scenes presented in the film as the Hebrew camp in the mountains where Moses taught them how to use their weapons against the Egyptian army. In one of the tunnels inside the mines, three bags full of straw were put to simulate human beings so they can be used in the training process to shoot arrows.

At the end of the referred tunnel you can find a breath-taking cliff where the scene when the slaves, led by Moses, meet to debate their future plans was shot.

At this very same point some other important movies for Almeria have been also shot, such as ‘Indiana Jones and the Last Crusade‘; specifically, the scene when an airplane that is chasing Doctor Jones and his father come into a tunnel breaking its wings.

Rodalquilar is located in the heart of Natural Park Cabo de Gata – Níjar, 54 kilometres far from the city of Almeria, about 45 minutes by car. It is well-known for its strategic situation in the area and its long mining tradition. Around the 30s, in the XXth century, the mines became famous because of the gold they kept inside. The extraction of this valuable metal lasted until 1966, when it was abandoned due to its poor profitability.

Planta Denver, situated in the highest point of this village in Nijar, is a complex of buildings where the gold was treated. Built in the middle 50s, it is considered as a place of interest because of its preservation and it may be very helpful to get an idea of the heavy activity carried out in this place more than fifty years ago. This location has been chosen to shoot many films, such as Riders of the Sun or The Reckoning. A spectacular set was built for the last one, turning Rodalquilar into a fake England in the XVI century.

In Rodalquilar you can find many places of interest, such as: Albardinal Botanic Garden, eco-museum La Casa de los Volcanes, the church or the visitors office of the National Park of Cabo de Gata-Níjar, also El Playazo de Rodalquilar, one of the most spectacular beaches in Almería.