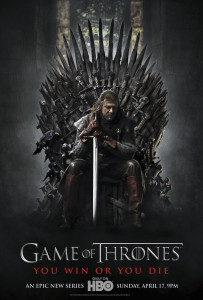 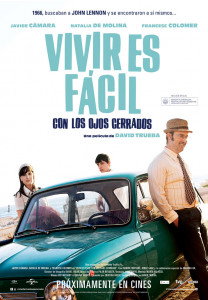 In ‘Game of Thrones’, the Tabernas desert became the Dothraki sea, a gigantic steppe in the Essos continent which the Herculean warriors cross. Specifically, the Rambla del Cautivo was the setting for several action sequences which involved many stunts and horses. They also shot in a quarry near the landscape of Karst en yesos de Sorbas.

The Tabernas desert has been the setting for all the films that Sergio Leone shot in Almería. In the case of ‘For a few dollars more’, we find numerous references. A scene with Indio’s gang takes place in the Rambla Viciana, known as the oasis area in ‘Lawrence of Arabia’. Many transition scenes in which the characters of Clint Eastwood and Lee Van Cleef chase Indio and his men were located in Rambla Indalecio, nearby the Oasys – MiniHollywood and on the road that goes up to Sierra Alhamilla. In one scene, we can see that peculiar cone-shaped formation, where the characters of Lee Van Cleef and Clint Eastwood meet in ‘For a few dollars more’ to devise a plan to hunt down Indio’s gang.

In ‘Lawrence of Arabia’, the scene where Omar Sharif talk to an American journalist and the overnight scenes where the Arab tribes fight with T.E. Lawrence as their leader were shot here. Also, when Peter O’Toole and his friend (Omar Sharif) rest in an oasis, while admiring the city of Áqaba and when the first one tells the second how to get to the city.

Llano del Duque, an amazing raised area in this desert, is the opening picture for ‘For a few dollars more’: a cowboy is riding his horse and, in the foreground, you can see a riffle which shoots at him. This plain is also seen in ‘The good, the bad and the ugly’, when Blondie, Clint Eastwood, leaves Tuco, Eli Wallach, to his fate after having ‘dissolved their partnership’.

For ‘Indiana Jones and the Last Crusade‘, some scenes were shot here, such as the one with Julian Glover looking at Moon’s Cannon, where he hopes to find the Holy Grail. Also, when Harrison Ford fights with three soldiers in a tank and avoids falling from the tank and climbs the wall. Rambla del Búho seemed to be the Turkish desert in diverse action scenes, like when Indiana Jones, riding a horse, tries to escape from a tank that is chasing him and fire the cannon over a car that has fallen over it.

Several sequences of ‘Living is easy with eyes closed‘ are shot there, as when Antonio tries to meet “Mister Lennon” and two civil guards prevent him from going, or when he finally gets to the caravans of the shooting.

‘Shalako‘ was also shoot there. A scene at the beginning of the film in which he appears lying on the ground with his horse, next to a huge rock. In some nearby rocks is where several characters of this film, including Connery, got hidden from the Indians.

Despite the black and white, the sweltering heat of the Almeria desert can be noticed in the scene of the initial credits of ‘The Hill‘, shot on the Rambla del Cautivo. A soldier carrying a sack of sand on a steep hill gets exhausted by fatigue and sunstroke and falls to the ground. Everything happens inside a military camp. Another scene was also filmed there, in which Sean Connery and other soldiers are forced to climb repeatedly that same hill carrying sacks under a relentless sun, and the protagonist is punished to continue doing it alone.

Located only 19 miles away from the capital of Almería, this protected Nature Reserve with a surface of 108 square miles, is one of the most portraited landscapes in films, partly because of the great success of spaghetti westerns from the sixties and the seventies. More than 300 days of sun per year and its singular geological formations (some of them remind one of a moon-like landscape) make this matchless area a wonderful set for the shooting of any audio-visual production.