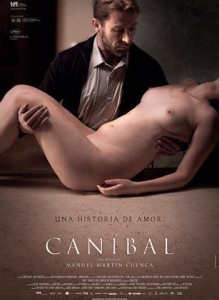 In a scene of ‘Caníbal’, you can see the character played by Antonio de la Torre heading through Paseo del Darro to the church of San Pedro y San Pablo, in the patio of which they shot a rehearsal of a Holy Week float. Very close to the church, you can find Cuesta de Gomérez, the most beautiful and historically interesting way to access La Alhambra. In such slope, they shot another scene in which Antonio de la Torre walks at night and stops in front of a shop window showing a picture of one of his victims.

The church of San Pedro y San Pablo in Granada, in Mudejar and Renaissance styles, was designed by architect Juan de Maeda, built in the 16th century and completed in 1567.

It is located in Carrera del Darro road, facing Casa de Castril, by the Darro river and at the bottom of La Alhambra. It was erected on a church that collapsed in 1559, which had been built in turn on the Baños Mosque.