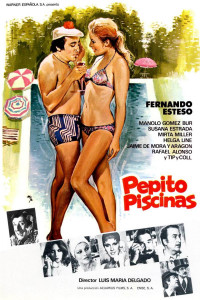 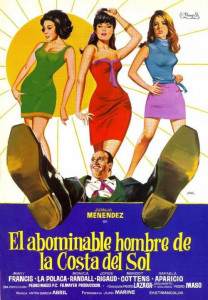 If there is one hotel that has monopolized the film cameras, it is the luxurious Meliá in Marbella, which even became the protagonist of the plot in the film of the Spanish pre-reveal period ‘The Abominable Man of the Costa del Sol’, with Juanjo Menéndez as the successful ‘Don Juan’ and the director of the luxurious five-star establishment. When visiting the hotel, it is essential to visit its characteristic round pool in which the first to dive in the mid-sixties was Geraldine Chaplin in the thriller ‘ Par un beau matin d’été ‘. A scenario that was also not resisted by an apocryphal clone of 007, ‘Operation Lady Chaplin’, or Fernando Esteso looking awesome as an Iberian male in ‘Pepito Piscina’. Although the most famous title shot here is ‘El turismo es un gran invento’, the founding film of the tourism boom and the myth of the Swedish women on the big screen. The ones behind it were a priceless Paco Martínez Soria, who entered the hotel with his fitted beret, and his squire José Luis López Vázquez, who booked a room to imitate the Costa del Sol model in their village.

The first luxury hotel in Marbella is the Don Pepe de Marbella, which reflected in the cinema as it is the establishment that can be proud of having starred in the most films. The Valencian businessman José Meliá wanted to create an emblematic hotel on the Costa del Sol and commissioned the architect Eleuterio Población with the project to design the 32,000 square metres right by the seaside. It opened its doors in June 1964 with 226 rooms and was soon filled with stars. In addition to those on its façade, the actors Maximillian Schell, Bob Hope, George Hamilton, Omar Sharif, Sean Connery, Alain Delon, Eva Longoria and Dev Patel, or the former U.S. Democratic Senator Edward Kennedy, among others, were there.