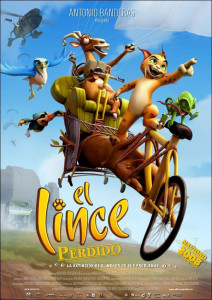 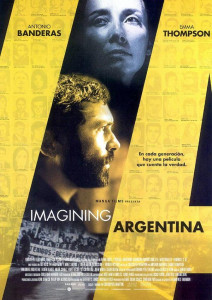 In Pedro Almodóvar’s film ‘Talk to her’ (2002), the character of Darío Grandinetti rests on this beach, which emulates the Jordanian coast.

For ‘The Adventures of Baron Münchausen’ (Terry Gillian, 1988), a Turkish camp and part of the façade of a pretend city that was being besieged were built there. The final battle and the shipwreck of the heroes were also shot in this beach.

The most popular archaeologist in cinema history and his father can be seen in the Monsul beach in ‘Indiana Jones and the Last Crusade’ (Steven Spielberg, 1989). Its huge rock by the seashore has become famous for appearing in one of the most emblematic scenes of the movie – the one in which Sean Connery frightens a bunch of seagulls (which were actually doves) away with his umbrella, making the Nazi pilot to lose visibility and crash into the rocks.

In ‘The Neverending Story’ (Wolfgang Petersen, 1984), the character of Atreyu wakes up in this beach after falling off his horse; In Pedro Almodóvar’s film ‘Hable con ella’ (2002), the character of Darío Grandinetti rests on this shore, which emulates the Jordanian coast.

The crew of ‘The Wind and the Lion’ (John Milius, 1975) shot several horseback fighting scenes in this beach, when Sean Connery saves Candice Bergen and her children; and in ‘Antony and Cleopatra’ (Charlton Heston, 1972), Charlton Heston, who plays the Roman general, waits there for the arrival of Pompey’s ship.

Located in the middle of the Nature Reserve of Cabo de Gata, in the town of Níjar, about 2.5 miles away from San José, you can find the Playa de Monsul beach, one of the most touristic and beautiful in Almería. Thanks to its gorgeous black sand beach, measuring 300 metres long and about 45 metres wide, and its beauty, it has become the setting for many audio-visual productions. Surrounded by lava walls that sit on the sand in incredible shapes, the beach catches your attention for its huge live dune and its enormous rock invading the sand and the beach.