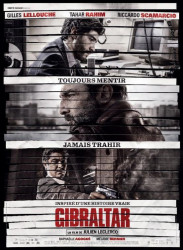 In ‘The crown’ a villa in Algeciras was used to shoot scenes from Episode 9 of Season 4, specifically those depicting Charles observing Diana and their children playing in the pool. It is a happy moment during a period when he is making decisions about his life after the accident suffered in the snow.

Also at these beaches were shot scenes from ‘Walking Vengeance’ (Agustín Díaz Yanes, 2008), ‘Box 507′ (Enrique Urbizu, 2002), ‘Fugitives’ (Miguel Hermoso, 2000), ‘Going Down in Morocco’ (Fernando Colomo, 1989) or ‘The Moment of Truth’ (Francesco Rosi, 1965). In the city centre and Playa de Levante were shot scenes of ‘The Informant (Gibraltar)’ (Julien Leclerq, 2013) and in El Rinconcillo, the bullfighter Miguel Mateo ‘Miguelín’ shot one of the most remarkable scenes of ‘El relicario’ bullfighting at the sunset with The Rock on the back. And Chus Gutiérrez shot at the beach of Getares some sequences of ‘Return to Hansala’ (2009).

It is a city with a long maritime tradition, but cosmopolitan at the same time. Its strategical situation between two continents and its huge harbouring complex makes it one of the cores of the worldwide maritime traffic. Most of its attractiveness is centred in the beaches.