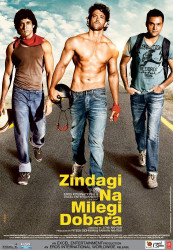 The Plaza de España of Ronda also appears in the movie ‘Zindagi Na Milegi Dobara‘, in a scene in which the protagonists go in a convertible. Their journey actually takes them through three towns, Ronda, Grazalema and Setenil de las Bodegas, although in the film they are presented as the same town.

This bridge, one of Ronda’s hallmarks, was completed in 1793. It crosses a 100-meter-long gorge, naturally excavated by the Guadalevín River. It is one of the main attractions of the city. In addition, on the main arch there is a small window that leads to a hidden room, where we can currently find an Interpretation Centre of the environment, the history and the city.

The Plaza de España in Ronda is a central urban space, one of the most emblematic and crowded in the city. This square is the entry point to “the City”, the old and monumental part of Ronda, which is accessed from the most modern and commercial area through its impressive New Bridge, which starts here.