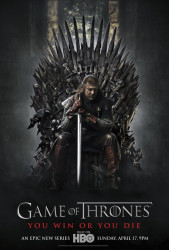 In the TV show ‘Game of Thrones’, it represents the Long Bridge of Volantis. It appears in several episodes to place the spectator in the city. The show’s producers admitted during a meeting with fans in Seville in 2014 that it was unrecognisable, but the truth is that, despite the post-production retouching, it can be identified indeed.

The popularly known ‘Puente viejo’ (Old bridge) was built in the 1st century AD, is 331 metres high and has 16 arches which connect both shores of the Guadalquivir river. Declared an Asset of Cultural Interest, the Roman Bridge of Córdoba, the only one the city had until the 20th century, is part of the historical city centre, which was declared a World Heritage Site by the UNESCO in 1994.