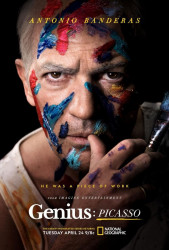 In ‘The Crown’ Episode 8 of Season 4 the Grand Miramar Hotel can be seen in several scenes: the exterior of the building and its terraces appear when Prime Minister Margaret Thatcher speaks with her husband from her hotel room telling him about the different points of view she and the Queen have about apartheid and the application of sanctions in South Africa; a room in the hotel was also used to film the scenes in which the Prime Minister repeatedly rewrites the different drafts of her critique of the Queen’s position.

For decades it was the grand hotel of the cinema shot in the capital and its suites were used to host international stars and films. Starting with Maureen O’Hara, who was the first to star in a US production in 1950s Spain with ‘Fire over Africa’ (Malaga). The film included a scene outside the hotel with the actress trying to escape the villain in a convertible. Other guests included David Niven and Leslie Caron, who enjoyed the hotel as they tried to escape a South American revolution alive in ‘Guns of Darkness’.

After its reopening in 2017, the big productions soon returned with the special protagonism of Antonio Banderas and the series ‘Genius: Picasso’, which turned the Hotel Miramar into the headquarters of its world premiere. Very close to this hotel you can visit the La Malagueta bullring where, in addition to learning about the history of bullfighting, you can step on the ‘albero’ where the bullfighting scenes for the Picasso series were shot.

A masterpiece of the architect Fernando Guerrero Strachan, the building was inaugurated in 1926 by King Alfonso XIII under the name of Hotel Príncipe de Asturias. During the Civil War, its facilities served as a field hospital to care for the wounded during the war. After the war, the building was reopened under the new name of Miramar, although in the 1960s it began to decline, leading to its closure in 1967. Two decades later, it was recovered as the headquarters of the Palace of Justice of Málaga, while, after its acquisition by ‘Santos’ chain, it regained its past splendour when it was remodelled and inaugurated at the end of 2016 as the only five-star hotel in the capital.