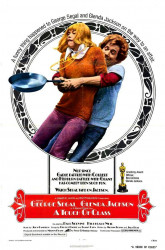 The bittersweet comedy ‘A touch of class’, awarded with a Hollywood Oscar, can be revived at the Hotel Guadalmina in Marbella, where there still have the room and the terrace where a divorced Glenda Jackson and an unfaithful Steven Segal go on a trip to the Costa del Sol. The film is full of hilarious moments, such as the “Seiscientos” car with a loose clutch that they have to rent at Malaga airport because there are no more cars left, or the very funny arrival at the hotel with successive room changes until they find the bedroom they had been dreaming of. One of the delights of the film are its sparkling dialogues, most of them from the mouth of an acidic Glenda Jackson, who won the Oscar for this film.

Some muscatel-grape vineyards were the precedent of the Guadalmina Hotel, opened at the end of the 1950s when this complex was still a rural area. But the establishment arrived with a new concept by incorporating golf as a tourist attraction, a niche that in the future would become a distinctive feature of the Costa del Sol. With a four-star category, the hotel is not only one of the few that can boast of a Hollywood Oscar, but also of starring in some event in history, since in this luxurious establishment died in 1973, of a heart attack, the Cuban dictator Fulgencio Batista, who was overthrown by Fidel Castro.