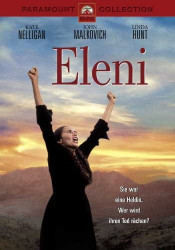 During the shooting of ‘Eleni’, John Malkovich stayed in this hotel. Nearby, in the Genal Valley, we can visit the unique locations where the film was shot. A whole Greek village was built on the ground now occupied by the Genal Valley Secondary School in Algatocín, including the bombing scene. Six months of filming in which the director Peter Yates had time to fall in love with the now disappeared Hotel Nacional de Gaucín, where the Duke of Wellington and artists like Sade and Sting had stayed, and which also appears in the film.

The hundred-year-old Reina Victoria Hotel was built at the beginning of the 20th Century by the British company that had the concession for the construction of the railway line between Algeciras and Bobadilla, for the accommodation of its engineers and workers. That is why it was designed in the English colonial style that makes it so unique. Illustrious personalities of the big screen have been in its rooms, like John Malkovich or the filmmaker Vicente Aranda, although its greatest legacy is the one left by the poet Rainer Maria Rilke. “The English had the bloody idea of setting up an exceptional hotel here in which I am in fact living. It’s as luxurious and comfortable as some would want theirs to be”, wrote the author of the book of poetry ‘The Book of Hours’ in 1912. Very close to this hotel we can find the bullring where there is a statue of the mythical director Orson Welles, a great fan of the local Goyesque bullfight.