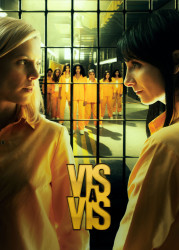 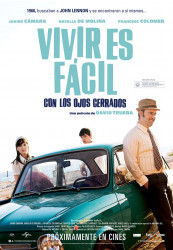 A restaurant also called Isleta del Moro was the setting for some scenes of ‘The bird of happiness’ (Pilar Miró, 1993). The main character, Mercedes Sampietro, who has moved to Almería, sits there to enjoy the beautiful views and is visited by José Sacristán. Moreover, Cortijo El Paraíso, which is currently a hotel, is the place at which Sampietro arrives riding on a bicycle.

The nearby small harbour appears in ‘Morirás en Chafarinas’ (Pedro Olea, 1995), and Óscar Ladoire’s character runs off from its pier after hitting the character played by Javier Albalá.

Furthermore, the beach of Peñón Blanco was the setting for films such as ‘Cristóbal Colón, de oficio… descubridor’ (Marino Ozores, 1982), ‘Poniente’ (Chus Gutiérrez, 2002) and part of the TV show ‘Vis a Vis‘.

The maritime atmosphere, with little boats of the fishermen anchored in the bay, invites to enjoy the beach, as Antonio does after meeting, finally, with Lennon in ‘Living is easy with eyes closed‘.

This little town practically surrounded by the sea is one of the must-see destinations in the Almería coast. The 400-metre fine-sand beach of Peñón Blanco has crystal clear water inviting visitors to swim.