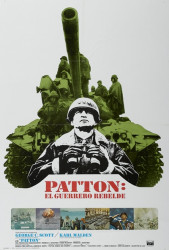 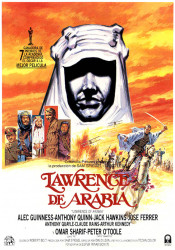 Parque Nicolás Salmerón, back then called Parque José Antonio, was the filming location for the scenes of ‘Lawrence of Arabia’ capturing the moment when the Arabs left the city of Damascus, which involved numerous extras and horses. Cameras were placed in the terrace of a building next to the steps off Calle de la Reina. Other scenes in which Almería was disguised as Cairo were also shot there. A tram line was installed on one side of the road over a 165-yard stretch, on which a tram loaded with people was circulating towed by a tractor. The scene involved many extras dressed up in Moorish clothing, motorbikes and donkeys.

In ‘Patton‘, it was used to shoot the triumphal entrance of the allied armies lead by the General in the city of Palermo. For the shooting, the garden area was removed and the square was covered with sand to protect the floor.

Located in the city of Almería, between the harbour and the city, it is divided in two areas, known as the Old Park and the New Park.

The Old Park, which is how the area near the harbour is popularly known, goes from the promenade of La Chanca to the roundabout of the Fish Fountain designed by Jesús de Perceval, which gives access to Calle Real. As for the New Park, it is an area embellished with ponds and fountains, redesigned by Guillermo Langle Rubio in the seventies in honour of the Spanish Navy Week. It goes from the mentioned roundabout to the Reina Regente avenue.