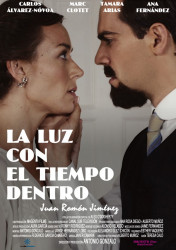 ‘La luz con el tiempo dentro‘ filmed some of their scenes inside the Seville University.

The Royal Tobacco Factory (Spanish: Real Fábrica de Tabacos) is an 18th-century stone building in Seville, southern Spain. Since the 1950s it has been the seat of the rectorate of the University of Seville. Prior to that, it was, as its name indicates, a tobacco factory: the most prominent such institution in Europe, and a lineal descendant of Europe’s first tobacco factory, which was located nearby. It is one of the most notable and splendid examples of industrial architecture from the era of Spain’s Antiguo Régimen.