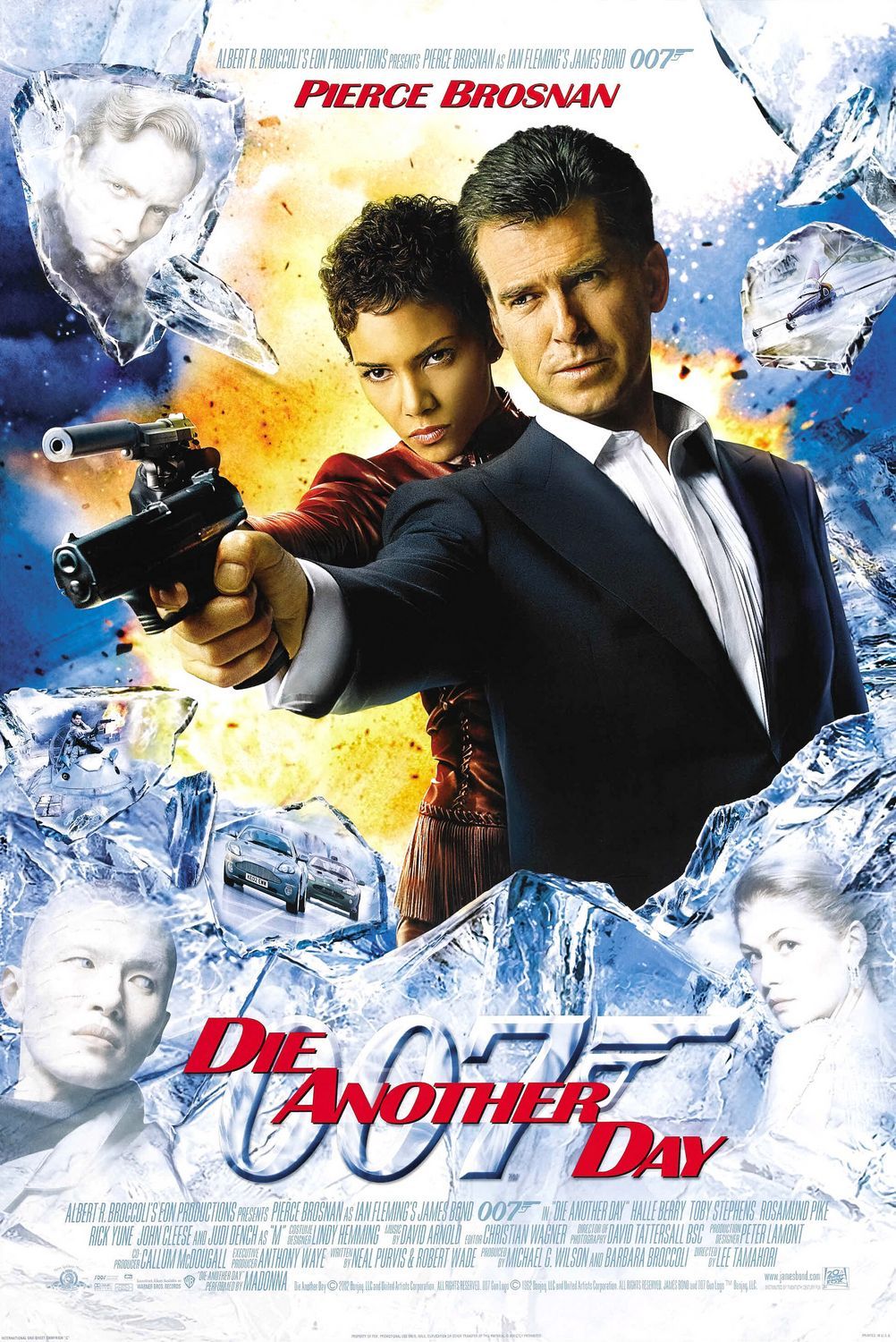 Pierce Brosnan gives one last mission as James Bond 007. Starting off in North Korea, Bond is betrayed and captured. Fourteen months later, Bond is set free, but traded for Zao who was captured by MI6. When back in his world, Bond sets off to track down Zao. Bond gets caught up in yet another scheme which sends him to millionaire Gustav Graves. Another MI6 Agent known as Miranda Frost is also posing as a friend of Graves. Bond is invited to a presentation held by Graves about a satellite found in space which can project a huge laser beam. Bond must stop this madman with a fellow American Agent, known as Jinx Johnson.

The shooting of ‘007. Die another day’ was altered by the rain and the bad weather. Halle Berry herself recounted later that the water was frozen while shooting the famous scene of her coming out from the sea wearing a bikini. In addition, it was a very windy day and she had to shoot it several times, suffering from hypothermia and a little infection.
Halle Berry was close to lose an eye during the shooting in Cadiz and was also close to choke with a fig during the seduction sequence with Pierce Brosnan, because the actor didn’t stop making jokes and, due to the laugh, it nearly happened.
The only spy with a license to kill was defeated by the tortillitas de camarones (little shrimp tortillas) in Cadiz. The first shooting day of ‘007. Die another day’, the actor Pierce Brosnan went by surprise to have lunch to a famous restaurant, where he tried the typical gastronomy from the coast of Andalucia: cazón en adobo (marinated dogfish), gambas (shrimps), pargo a la sal (salty snapper)… The actor, who kept his reservation of the very same table during the whole shooting time, became a devoted fan of the tortillas de camarones, to the point of making his mother learn how to cook them.
Aviso legal
Política de privacidad
Política de cookies