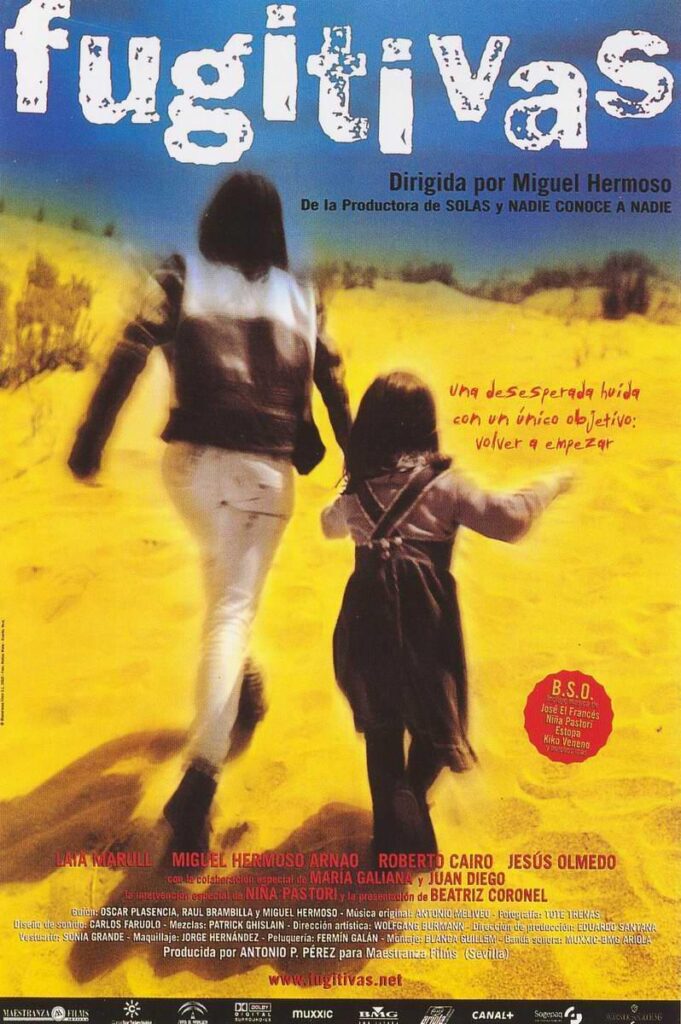 Born in a poor neighborhood, Tony hides hides behind the image of a tough woman. She has a boyfriend, Juanjo, and two pals, a strange couple formed by Maxi, who is obsessed with martial arts, and moco, a terminal junkie. They all decide to hold up a Lottery Administration in Madrid. But Juanjo has another plan: he’s going to betray his two friends and escape with Tony and the money. They start their runaway to the South with the excuse of taking Laura, Juanjo’s seven year old niece, to see her father, a flamenco singer. But at the beginning of the trip, with Maxi, Moco and the police on their tail, Tony is betrayed by her boyfriend who disappears with the money, abandoning her and Laura in a dismal road side restaurant. With their pursuers close behind them, Tony and Laura are forced to keep running. In the course of their journey, the initial distrust between them will turn into a deep friendship.