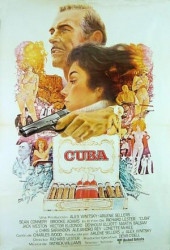 Inside the Alcázar of Jerez, a 15-story structure half-built and subsequently demolished was used to represent a community house of neighbours in a decadent building in Havana, in ‘Cuba‘.

The Alcázar of Jerez, is one of the most emblematic monuments of the city. Its walled enclosure forms a complex defensive system together with the walls, towers and gates.

The term Alcázar, comes from Arabic, al-qasr and define a set of buildings, surrounded by walls, which were the seat of political and military power with autonomous functioning, which governed the city and its territory.