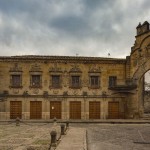 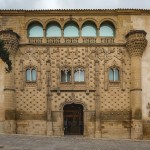 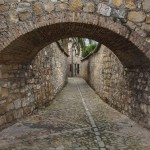 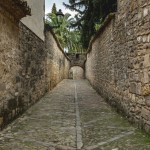 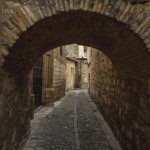 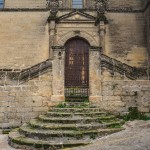 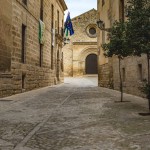 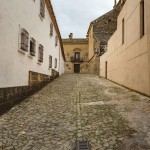 This city, of an old and illustrious origin, is situated in the geographical centre of the province of Jaén, near the Guadalquivir, in a landscape of fertile soils replete with orchards, olive groves and cereal crops. 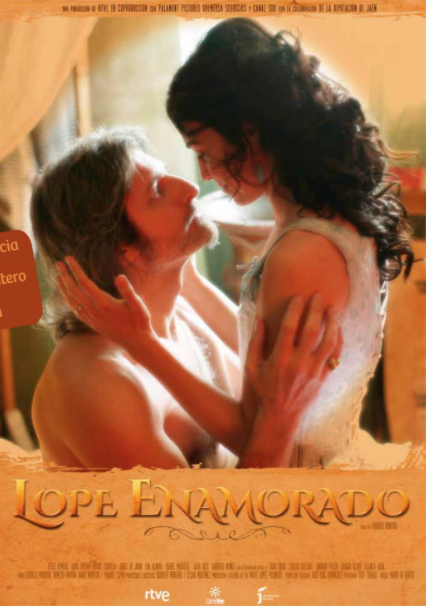 In the film ‘Alatriste’ by Agustín Díaz Yanes, the streets of Baeza’s old quarter were used as the setting for street duel scenes. Among the most striking transformations of the city, which hosted the film crew for a week, we should be mention the creation of a Golden Century popular market in calle Juan de Ávila, where Baeza’s old university is erected.

Palacio de Jabalquinto, current office of the Universidad Internacional de Andalucía in Baeza, was one of the sets that appears in episode 20 “Entierro en la serranía” in the TV show ‘Curro Jiménez‘, where the main character’s mother dies. One of its gates simulates to be a prison where Curro Jimenez’s mother is arrested. The square of the Catedral of Baeza was also used as a set. Concretely, there is a house located in the corner of the square that still remains the same as in the show. In episode 14 “Retorno al hogar”, the actress Sara Lezana seeks a suspicious girl along the streets of Baeza and was also shot in Úbeda.

Mario Camus, who had already directed some episodes of ‘Curro Jiménez‘ in Alcalá la Real, came back to the province of Jaén to shoot some scenes of ‘Fortunata and Jacinta‘, concretely, episode 2, when Jacinta (Maribel Martín) and her husband François (Eric Gendron) travel by train and see Linares and Baeza from the window.

Along the streets of Baeza were also shot some scenes of the series ‘Teresa de Jesús‘ (TVE, 1983), starring Concha Velasco.