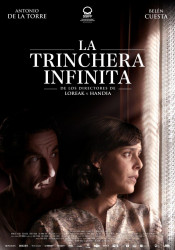 Any visitor to Carboneras who has seen ‘The Endless Trench’ will be fascinated by the spectacular difference between the everyday appearance of the Nueva, Olvido, Sevilla and Trasera de Altozano streets and the way they are depicted in the film. Some of the residents, apart from being extras, formed part of the technical team transforming the village’s appearance.

Covering various parts of the extensive municipality of Aracena there are six small centres of population which maintain the essence of earlier times, each with its own idiosyncrasies and peculiarities.

Among them is Carboneras. Situated on the old road to Extremadura, this village with its medieval origins takes its name from the activity carried out by its past inhabitants – charcoal production. Like the rest of Aracena’s villages it is notable for the way that it is built into the hillside but Carboneras also has a deep ravine. It has cobbled streets and whitewashed houses which contrast with its typical red Arabic tiles.

In cultural terms its most emblematic building is probably the Mudejar-styled Church of San Antonio Abad.