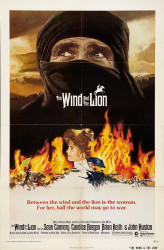 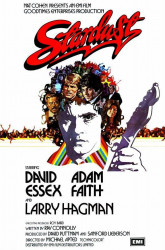 In the film ‘The Wind and the Lion‘, directed by John Milius and produced in 1975, we see the main character (Sean Connery) riding with his army out of the castle. This film allowed the renaissance castle of La Calahorra to once again make the leap to the big screen. In this film, the castle is the residence of the protagonist, El Raisuni, embodied by the Scottish actor. And this is where he holds three hostages (an American widow – Candice Bergen – and his two sons) and here is where one of his men comes to tell him that President Roosevelt has accepted his conditions. This magnificent construction acquired the prominence it deserves in a formidable scene where Connery goes away from the fortress on horseback while a cloud of dust surrounds the entire screen, giving it an even more enigmatic touch. It is also seen in another scene in which Sean Connery, a group of soldiers and their hostages, including Candice Bergen, arrived at the palace on horseback, and in another sequence in which the actor was sitting in front of many of his men, arranged on the hill, and from where he saw some riders approaching. In one of the last sequences of the film, Connery and his warriors were seen going away from the palace, while being greeted by the locals, all in order to free the character of Bergen and her children in a place described as “a small town at the east of Rabat, at the foot of the mountains.”

Looking over the city, the castle of La Calahorra, perfectly preserved, is a remarkable piece of the Italian Renaissance which dates backs to 1509. Its basements still house the dungeons where Moorish prisoners spent the night before being taken to the chancery of Granada.

Declared a National Monument, it is currently in private hands, although you can visit the inside of the castle by contacting the manager appointed by the owners in La Calahorra.