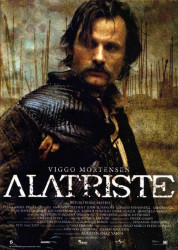 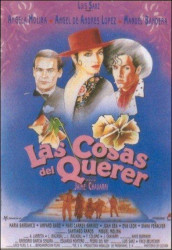 Úbeda’s old quarter, around the area of Plaza de Vázquez de Molina, was used as the scenery in Agustín Díaz Yanes’ ‘Alatriste’ for shooting sword duels, after removing all the traffic signs in order to recreate the Renaissance period. In the Municipal Historical Archive, in the Palacio de las Cadenas, they shot the scene starring Javier Cámara in the role of the Count-Duke of Olivares.

The cloister of the Colegiata de Santa María de los Reales Alcázares collegiate church was the setting for the duel among Alatriste, Malatesta and Íñigo Balboa.

Iglesia de Santa María in Úbeda and Ermita de San Antonio were used as shooting sets for one of the six episodes of the series ‘Teresa de Jesús‘. The director, Josefina Molina, followed the same way as the saint from Beas de Segura, where the show was also shot. Other locations were Puerto Lápice, Quesada and Puerto de Tíscar.

The city of Úbeda, a World Heritage Site, contains so many monuments, churches, palaces and noble houses that the best you can do is stroll around and visit it: the Capilla del Salvador chapel in the town hall square, the churches knowns as Iglesia de San Pablo, Iglesia de Santa María de los Reales Alcázares and Iglesia de la Trinidad, Palacio Vela de los Cobos and Palacio de las Cadenas palaces, the Casa de las Torres, the Hospital de Santiago and Hospital de los Honrados viejos del Salvador hospitals, the Torre del Reloj, the Cava walls, the Pottery Museum or the Parador (renowned state-owned hotel) are just some of the most important monuments in the city.