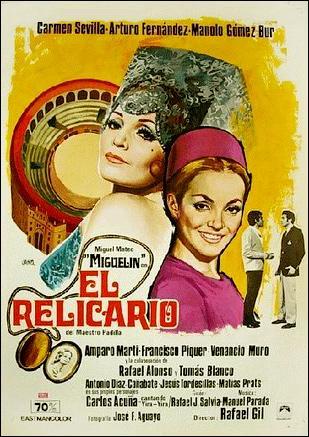 While watching on television a bullfight in which his son Luis participates, the bullfighter Rafael Lucena dies of a heart attack as he discovers Virginia in the plaza, a woman very similar to Soledad, the great love of his father, who died for his guilt after an acccident in the Plaza de Las Ventas. Both Luis and his brother Alejandro know the singer Virginia and fall in love with her. But when Luis suffers a serious accident in the bullring, he begins to suspect that perhaps Virginia attracts bad luck.