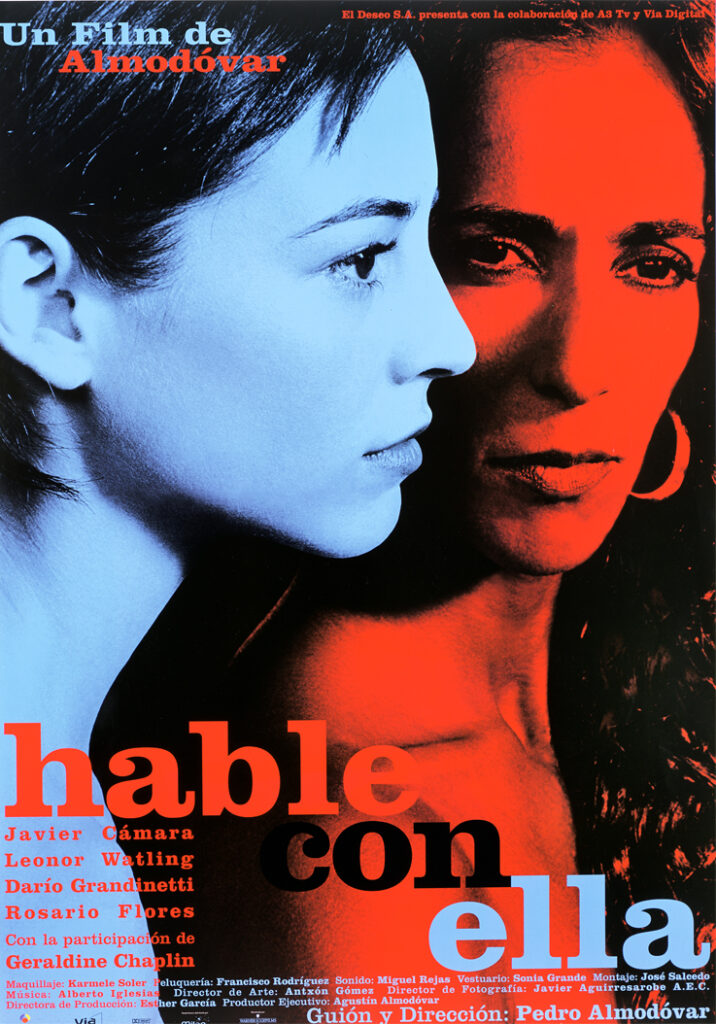 Almodóvar’s Andalusia    And the Oscar goes to… Andalucía

The curtain rises to see a show by Pina Bausch, Cafe Müller. Among the audience, two unrelated men are sitting together by chance. They are Benigno (a young nurse) and Marco (a writer in his forties). On stage, two women with closed eyes and outstretched arms move to the beat of “The Fairy Queen” by Henry Purcell. The piece provokes such emotion that Marco burst into tears. Benigno can see the brightness of his tears through the darkness in the stalls. He would like to tell him he is also moved with the show, but he does not dare.

Months later, the two of them meet again at the “El Bosque” Clinic, a private clinic where Benigno works. Lydia, Marco’s girlfriend and a bullfighter, has been gored and is in a coma. Benigno also takes care of another woman in a coma, Alicia, a young ballet student. When Marco passes by the door of Alice’s room, Benigno does not hesitate to approach him … It is the beginning of an intense friendship … as linear as a roller coaster.

During the time in the clinic, the life of the four characters flows in all directions, past, present and future, dragging the four of them to an unsuspected destination.


‘Talk to her’’s crew arrived at Lucena just a few hours after the terrorist attack on the Twin Towers in New York, on 11 September 2001. The shooting in the Nuestra Señora de Araceli chapel took place on day 12 with an entire crew totally shocked by the news, along with Pedro Almodóvar almost voiceless and terribly saddened by the second anniversary of his mother’s death, which was also on that day.