It is not very common for a film to be shot by three different directors. Nevertheless Aitor Arregi was joined by Jon Garaño and José Mari Goenaga, who, following their success with Loreak and Hendía, travelled from the Basque Country to Andalusia to participate in the shooting of ‘The Endless Trench’. Without doubt, they were fascinated by this hitherto largely unknown story which took place during the Spanish Civil War and the following years.

The film is based on the experiences of Manuel Cortés, mayor of the Malaga town of Mijas during the Second Spanish Republic, which he himself narrated in the documentary ‘30 años de oscuridad’ in 2021. For three decades he was forced to hide in his home for fear of being shot by the Francoists. People who found themselves in similar situations in that period were called “the moles”.

Because of their eminently rural and traditional lifestyle, the towns and villages of the Sierra de Huelva maintain an essence which are ideal in terms of taking us back to the period during which the events took place. 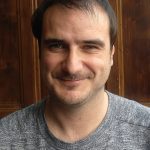 “They welcomed us with open arms. Everything was straightforward and they were more than willing to help us. The atmosphere in the village was very quiet, which was ideal to focus on the film. I have only good words for the village and its people. The icing on the cake was when we presented the film in Seville and one of the venues was full of people from Higuera de la Sierra” 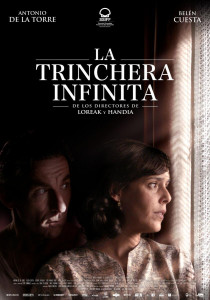 A hundred residents from Higuera de la Sierra participated enthusiastically as extras during the shoot. The casting team requested people without tattoos or modern haircuts and “thin children”. As you can imagine, it would have been unusual for overweight children to exist in the post-war period.


To give Higuera de la Sierra the desired appearance for the film, the production team aged the facades of the houses with ochre paint, the electrical cables were hidden and the asphalt of the streets was covered with reddish earth. There were no complaints from any of the neighbours.


The actor Antonio de la Torre, the main character in ‘La trinchera infinita’, had to gain 15 kilos for the scenes in which he appears as an older man. Filming had to stop for five weeks whilst he reached the desired weight.