Since Pedro Almodóvar shot part of his film ‘La ley del deseo’ (1987) in Conil de la Frontera (Cádiz), several films shot in Andalusia have addressed the subject of homosexuality. Either because of a desire to shoot at home or because of requirements of the script, Andalusia has become, in these films, one protagonist more of some stories whose ultimate goal is to make an ode to tolerance and respect for others, regardless of their sexual orientation, background, beliefs or past.

The year 2018 marks the 40th anniversary of the adoption of the Royal Decree Law that eliminated homosexuality from the Danger and Social Rehabilitation Law. In these 40 years different films addressing the subject of homosexuality have been shot. The cinema has been one of the means that the collective has used to tell its stories. A demand for equality that has been endorsed by national and international directors regardless of age, gender or sexual orientation, who have chosen Andalusia as a meeting place. 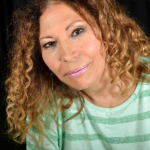 “Andalusia, whenever I can, will be the scene of my films and, when it will not, it will possibly be to narrate something that has to do with it. And I don’t care what kind of criticism this may bring me (in fact, it does). This can only be understood from the deep love I feel for this land and from the knowledge of its history and culture, which not only makes me proud but also gives me wings to fly to all the possible worlds it contains, which are many.” 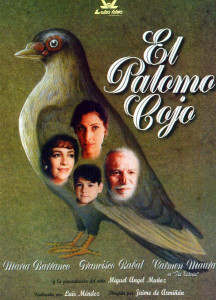 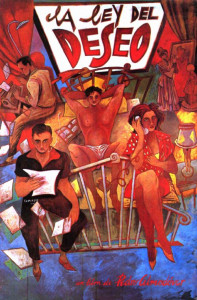 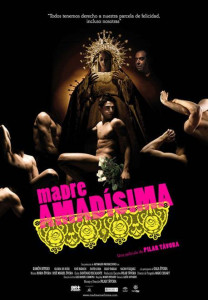 A part of ‘Madre amadísima’ was shot in Seville, in the Old Slaughterhouse, located between Ronda del Tamarguillo and Avenida Ramón y Cajal. Pilar Távora, the director, said in an interview that she was “very happy to shoot in my neighborhood. The best thing is that every day I only have to cross the street to go to eat at my mother’s house”. However, it was necessary to wait until the summer holidays to be able to film, since currently the Ortiz de Zúñiga School, the Francisco Guerrero Professional Conservatory of Music and the San Juan de la Cruz Adult School are located there.

The house where ‘El palomo cojo’ was shot belonged to the grandparents of Eduardo Mendicutti, the author of the novel on which the film is based. Now converted into a hotel, it had to be entirely furnished for the filming, as each room corresponded to the character of the protagonist who lived in it, which made the task even more difficult.

In ‘La ley del deseo’, there are several references to the work of the painter Edward Hopper (1882-1967). One of them in one of its most mythical and, at the same time, most dramatic scenes: when Juan (Micky Molina) dies at the hands of Antonio (Antonio Banderas). The lighthouse appearing in the background, to which they went in the middle of the night, is the Trafalgar Lighthouse, in Barbate.